Another Birthday Without You: Frozen in Time 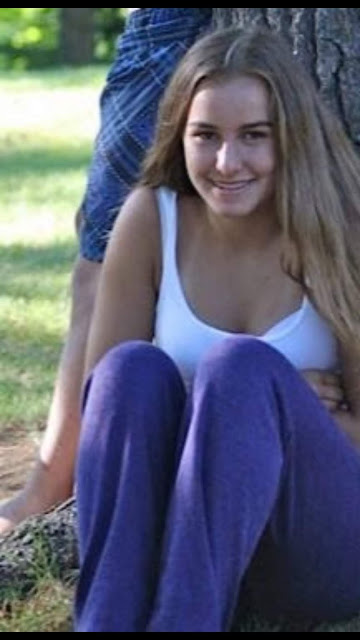 A 19th birthday is supposed to represent an emancipation, a coming of age.  It’s supposed to be a coming together with friends and family for your first “legal libation”.  It’s supposed to represent a homecoming from your first year at university, talking about the experiences, your independence away from home and the plans for the summer ahead.  It represents a culminating of new friends and old friends coming together to celebrate you.  People get together to laugh, share stories and join in a love for the honouree of the day.  This is the fifth year that the honouree will not be attending.

I’m forever looking at pictures of you growing up.  You will remain forever encapsulated by youth.  Life goes on, people age but you will always be frozen in time.  Today, Zac is three years older than your last day alive and Sawyer will equal your age in a few months but you will always remain my eldest child and their big sister.

Although going to your grave is a terrible way to spend your birthday, it does make me feel grateful for the time that I did get to spend with you, albeit too short.  You were taken from us far too soon, your legacy was achieved earlier than most.

Your 19th birthday is supposed to be one of liberation, that last real bridge between being a youth and an adult.  In your passing, so many of your friends, from so many different places in your life have been united solely because of their association with you.  The influence and the impact you’ve had upon the lives of so many, are still being felt today throughout our community and beyond.  Your presence is still felt and heralded by your brothers and friends, and the impact that they are making to society today in your honour.

Although you, our guest of honour is no longer present on this earth, we salute you and honour you for all you have contributed in your absence, and the conversations that have become more significant and meaningful in your wake.  Although your presence is missed on a daily basis, others have seen it as their duty to carry on your message.

Cheers to you, Maddie.  I look forward to having a drink together today.  Happy 19th birthday!

What Does Maddie’s Angelversary Mean to Me?


This week is the hardest week that I face all year.  There are holidays and birthdays that are tough to handle, but this week in particular affects me the most. April 11th marks the 4th anniversary since we lost my daughter Maddie to suicide.  April 11th, 2015 will always be the saddest day of my life.

Four years without Maddie has taught me a lot about myself and about mental illness.  Mental illness is far more prevalent in society than ever before, but the availability for help is more apparent than ever.  The help doesn’t come from government spending but instead spreading organically through word of mouth of those touched and affected by someone suffering from mental illness. 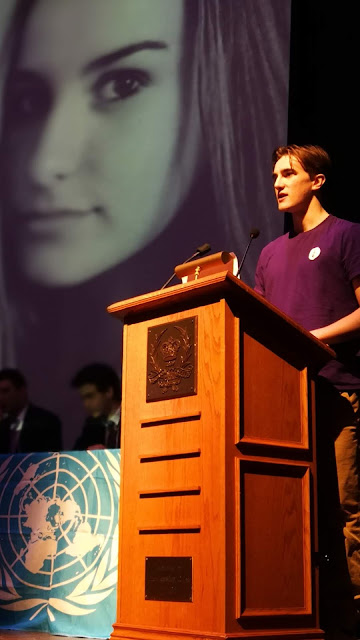 It may be because of my sensitivity to the subject that makes me more present, but I believe there’s a much more acute awareness to people being open to talking about it.  It’s my belief that the various levels of government are failing miserably in this area.  This organic movement allows people to talk more openly about depression than ever before.  The largest area of sensitivity and support for mental illness is coming from our children.  Our youth are standing up and supporting one another in dealing with personal struggles and hardships.  They are helping by demonstrating empathy and compassion toward one another.

It's initiatives like the Maddie Project and Jack.org that continue to bring awareness to youth mental illness.  The messengers are kids….talking and relating to kids.  The messaging is simple and transparent; to help and support one another…always.

To think we will save every soul is naïve but to save at least one more soul than we did last week is achievable.

My children, Zac and Sawyer are both Ambassadors of the Maddie Project.  Zac, in particular has spoken before more than 10,000 students and faculty across more than 25 schools in the GTA.  Everyone that sees him speak, talks about his strength in being able to address such a difficult and personally painful subject. As difficult as it is for him to talk publicly about it, he does it because he believes that kids can make a difference.  No one can relate more to a teenager than a teenager.  He feels it’s his responsibility to tell his story in hopes that it can change even one life.

This week, will be difficult for both of my boys, but in particular for Zac.  Zac is always seen as being so calm, so collected, so stoic. On the inside, is a kid who misses his sister more than anything in the world and would do anything to prevent another kid from experiencing the sense of loss which he and Sawyer have both endured.  They have both been forced to grow up so quickly and deal with something that no child should have to deal with at any age.

I don’t receive the same number of texts, calls or emails asking for help, either dealing with a personal struggle or the struggle of a child or loved one, but I still receive enough of them.  People are always so apologetic about reaching out and that they hope the discussion doesn’t open up the wounds of my past.  In fact, just the opposite is the case.  I’m happy to help and it makes me proud of how much of a difference all three of my children have made in helping others.

We still get requests from throughout Ontario to see if Zac can speak to their schools, support a mental health initiative or see if they can designate The Maddie Project as their school charity for the year.  More importantly, people continue to talk and seek help.  Many continue to struggle and suffer but fewer are suffering alone or in silence.  As someone who has been quite candid about my personal struggles with depression, eventually I hope everyone has the ability to ask for help.

Although I can’t take any of the credit for the Maddie Project, there is an immense pride when Zac speaks and watch the kids and parents come up to him afterwards incredibly moved by his words and his passion for the cause.  Last weekend, former Premier Kathleen Wynne, who spoke on stage with Zac, came up to him after his speech, shook his hand and said thank you and good luck.  These are the moments of pride that a parent hold onto forever.

Today will be a difficult day.  There are days that I wake up sad. There are days that I wake up angry.  There are days where I wake up grateful.  After four years without Maddie, although difficult, I try to only cherish the moments that we had together.  For the times that will always bring a smile to my face or the times that will make me immensely proud.  There’s a part of Maddie that live in both my boys and in everyone that knew her.  When Zac goes up on stage, he is not only speaking on behalf of  The Maddie Project, he is speaking on behalf of Maddie.